I haven’t blogged in a while, and I haven’t baked.  Life has been somewhat challenging.  I keep looking at recipes and in between all life’s goings on, struggle to find time to actually make anything.  And, this heat…..oh! My! isn’t it hot?!! Lack of energy is a deciding factor here as well.

But, finally, here I am today.  Sadly it is with a “fail” rather than a success, but, hey, I’m not too proud to say when things didn’t work out right.  It happens!

I love Emma Freud’s food columns in the BBC Good Food magazine, and had an eye on her recipe for a White Russian Tart for ages.  Named after the cocktail, of course, it looks delicious.

It is made with, amongst other things, marshmallows, which are melted, and mixed with milk, cream, vodka and coffee liqueur.  I have made a few puddings involving melting marshmallows and it gives a lovely texture, so I was quite confident this would be a winner.

I did (honestly) follow the recipe to a “T”.  I made the base first, which consists of crushed biscuits and butter, and left it in the fridge to set.  I melted the marshmallows with the  milk, added the alcohol (breathe deeply!!) and left it aside to cool.  I whipped the cream and added the melted marshmallow mixture.  But……the mixture had separated…..I ploughed bravely on, hoping it would somehow be okay, but it was far too thin and runny to pour into the crust to set.  I put the bowl in the fridge, hoping that it would thicken a bit on cooling, but an hour later it was still too liquid. Urgh, how frustrating. But…..light-bulb moment, I thought I’d whisk in some extra cream, maybe that would thicken it.  It didn’t.  Instead I managed to spray myself and most of the kitchen in a white Russian marshmallow splatter (got carried away with the electric whisk).  I couldn’t bear to give up (crazy lady, huh!) so I grated some dark chocolate and mixed that into the marshmallow mixture….then I remembered the base.  I had used chocolate chip Hobnobs, so they are crunchy, oaty, chocolate-chippy biscuits.  It was death or glory…..I broke up the base and mixed it in as well, gritted my teeth and put the bowl back in the fridge to cool.

So, dear reader, my botched pudding ended up not as intended, but instead it was a delicious boozy, moussey, crunchy mixture……and no, tasty as it was, I will NOT be making it again! 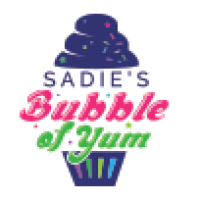